Shimla is the capital and the largest city of the northern Indian state of Himachal Pradesh.

Shimla is home to several buildings that are styled in the Tudorbethan and neo-Gothic architectures dating from the colonial era, as well as multiple temples a

Shimla is the capital and the largest city of the northern Indian state of Himachal Pradesh.

Shimla is home to several buildings that are styled in the Tudorbethan and neo-Gothic architectures dating from the colonial era, as well as multiple temples and churches. The colonial architecture and churches, the temples, and the natural environment of the city attract tourists. Major city centre's attractions include the Shri Hanuman Jakhu (Statue), Jakhu Temple, Viceregal Lodge, Christ Church, Mall Road, The Ridge and Annadale. The city centre's northernmost point is Jakhoo and the southernmost location is Annadale, the easternmost point is Sanjauli and the western point is Chotta Shimla.

After picking from Delhi Airport/Railway station, start your wonderful vacation to Himachal starting from Shimla. Reach Shimla and check-in into the pre-booked hotel for Overnight stay. Dinner & Overnight stay at the hotel.

Shimla renowned its name as Queen of hills due to its flattering sceneries and colonial heritage which has retained its charm from British India time to till now.

After breakfast, proceed to Kufri (22 Kms from Shimla).  Kufri is an all season place – winters are packed with snow adventures while the summers are brimmed with colourful meadows. Kufri also has a Himalayan Wildlife Zoo and Kufri Fun Park which will make the trip even more exciting (Entry & Activities at your own cost). After sightseeing, head back to Shimla. In the city we will visit the Indian Institute of Advance Study, Also you will cover  Places by walking The Mall, Scandal Point, Ridge, Gaiety Theatre, Heritage Museum, Lakkar Bazaar, Rani Jhansi Park and Christ Church. Overnight stay in Hotel.

Today morning after breakfast, check-out from the hotel and proceeded towards Manali. On the way, catch glimpses of Sundar Nagar Lake & Pandoh dam, Hanogi Mata Temple, Vaishno Devi Temple.  Near Kullu you will be visiting Pashmina Shawl showrooms and will try out our hands on white water River Rafting too. Reach Manali followed by check-in into the hotel. Overnight stay will be in a hotel.

Note: Kullu River Rafting and paragliding will be on your own expenses and subject to weather conditions.

Tibetan Monestary. Along with the hills and rivers, Manali is also famous for its Tibetan Monasteries as many people from Tibetan origin have settled here. The two prominent monasteries that attract a large number of tourists from all across the world are Gadhan Thekchhokling Gompa and Himalayan Nyingamapa Gompa. These monasteries are a storehouse for Tibetan culture, literature and crafts. Gadhan Thekchhokling Gompa is located near the busy old Manali road and was built in the year 1969. Though small in area, it has beautifully Feborated interiors alongwith an impressive statue of Lord Buddha. Meditation can be done in the well-maintained garden situated outside the Gompa. The Himalayan Nyingamapa Gompa is located near the market square of Manali. These monasteries are known for their handicrafts, especially paintings and carpets. The aroma of incense sticks, sounds of hymns/chants and the rotating prayer wheels together creates a divine ambience. The tranquil surroundings of these monasteries act as a great stress buster.

Van Vihar National Park. is one of the most frequented attractions in Manali. Located favourably on the Mall Road, this park is populated with many deodar trees that provide shade to the whole area. For the convenience of visitors, the park is provided with concrete as well as wooden benches. It is an ideal place for enjoying picnics and spending moments of repose with your loved ones. Its well-laid paths are perfect for a long and refreshing stroll amid lush greenery. In addition to these, visitors can indulge in boat rides in the park's small pond.

Full day tour of Solang valley – The majesty of the mountains and the glaciers can be seen at their best; you have next two hours to enjoy this snowy haven. Take a sledge ride down the slopes, try your luck climbing the little snow hills. The Magnificent views and natural beauty are a never-ending source of delight. Return to the hotel for Overnight stay.

Morning after breakfast drive to Chandigarh. Evening Reach in Delhi for Drop at Railway Station/ Airport

If you Cancel your Holiday 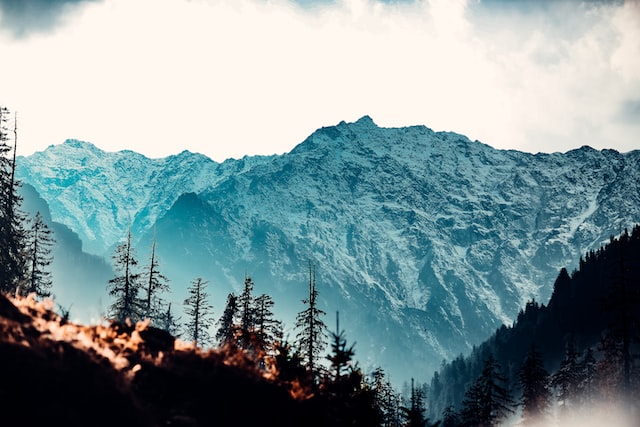