Cultural Heritage is the principal identity of the Kathmandu valley, which boasts of the ancient temple, religious and cultural artifacts. The landscape of the green hills and the vista of the Himalayas in the surroundings add more attraction to the valley. Pokhara is a beautiful city of Fewa lak

Cultural Heritage is the principal identity of the Kathmandu valley, which boasts of the ancient temple, religious and cultural artifacts. The landscape of the green hills and the vista of the Himalayas in the surroundings add more attraction to the valley. Pokhara is a beautiful city of Fewa lake, it is also known as the gateway to Himalayas. Pokhara is the major tourist destination of Nepal.  It is considered to be the most spectacular, wonderful and soothing place along with the view of Annapurna Himalayan Range, Machhapuchhre and three of ten highest mountain peaks (Dhaulagiri, Annapurna-I and Manaslu) in the world.

Bandipur is also a beautiful cultural village with awe-inspiring landscape. Chitwan National Park, the first national park of Nepal and UNESCO enlisted site, is considered to be one of the best national park with many wildlife, flora and fauna, many varieties of birds and butterflies. It offers a wide range of activities in the beautiful terrain of this wild- land. The native Tharu-cultural program is provided to the people visiting Chitwan National Park. Jungle activities like Elephant back safari, Canoe Ride, visiting of elephant breeding center at Sauraha etc are the main thing provided there. The village tour and Sunset view from River bank are the wonderful experiences here. Also, Lumbini, the birthplace of lord Buddha adds more attraction to your trip.

Our representative will meet and greet you at Kathmandu Airport and transfer to your hotel.

At 06:00 PM: We will give a short briefing about your tour program. If you are arriving late (after 4 PM) then we will have briefing next morning at 9:00 AM. If any payment is due, then it will be collected during the briefing time.

08:00 AM: After your breakfast at the hotel, you will visit for a full day sightseeing tour of Pashupatinath temple, Boudhanath stupa, Kathmandu Durbar Square and Swayambhunath Stupa. After your sightseeing you will get certain free time to explore the tourist market of Thamel by yourself.

Pashupatinath temple is the largest and holiest shrine for Hindus.This temple, situated on the bank of Bagmati river was built in the 5th century There are around 492 temples, 15 Shivalayas (shrines of Lord Shiva) and 12 Jyotirlinga (phallic shrines) to explore. No entrance fee is charged for SAARC nationals to enter the temple. Although only Hindus are allowed to enter the temple, visitors can clearly see the temple and the activities performed in the temple premises from the eastern bank of the Bagmati river.

Boudhanath is one of the largest stupas in South Asia. It is the center hub of Buddhism in Nepal which is surrounded by hundreds of monasteries. Lichchavi rulers renovated the staple during the 8th century, which was made in the shape of a Mandala.

Swayambhunath is one of the most glorious, holiest, and oldest Stupa in the world. It is located on a small hillock in west Kathmandu hence commands an excellent view of the valley. The stupa was built in 460 A.D. by King Manadeva, is also known by the name "Monkey Temple".

Kathmandu Durbar Square is one of the three Durbar Squares of Kathmandu Valley. The Malla king Pratap Malla erected the statue of Hanuman (the Hindu god of power) in this place and it was named Hanuman Dhoka. Taleju Temple, Tribhuvan Museum, the house of Kumari (Living Goddess), Kasthamandap, the temple of Kal Bhairav along with few other temples are some places to explore.

At. 08:00 AM: After breakfast at the hotel, you will drive drive to Bandipur (approx. 5 hrs driving). Visit Manakamana temple (optional activity) en-route and continue driving towards Bandipur. Optionally you can also experience the river rafting at Trishuli River.

Manakamana temple is just 10 minutes of cable car ride from the bottom station called Kurintar. Manakamana is believed to be the goddess for fulfilling our wishes. It is 104 KM far from Kathmandu.*Cost of the Manakamana cable car is not included in the package

At. 06:00 AM: Early in the morning you can visit at Bandipur hill top to view the sunrise and surrounding landscape views, then after breakfast you will drive to Pokhara.

At. 01:00 AM: After a short refreshment at the hotel you will go for the half day sightseeing tour to Devi's fall, Gupteshwor Mahadev Cave, World Peace Pagoda and Phewa Lake. Similarly you can enjoy the wooden boat ride at Phewa Lake in the evening.

David's Falls: David's falls is an amazing waterfall in Pokhara Valley which is nearly 500 feet long and runs 100 feet below ground level. It is also known as Patale Chhango which means underwater world. According to local old people, on 31th july 1961 a Swiss couple Davi went to swimming but the woman drowned in a pit. From that day the place is known as David's falls.

Phewa Lake and Barahi Temple: Beautiful Lake Phewa is the second largest lake of Nepal. It covers an area of about 4.43 sq. km with an average depth of about 8.6m, maximum water depth is 19m.  The reflection of mount Annapurna can be seen on Phewa Lake. Another attraction of this lake is Barahi Temple made in pagoda style, which is an island in the middle of Phewa Lake.

At. 04:30 AM: Early in the morning you will drive to Sarangkot hill to view the sunrise and the Himalayan ranges in the north. Then return time visit Bindabasini temple on the way. You’ll be back to your hotel around 09:00 AM and have breakfast. Rest of the you can experience available adventure activities or use available time for shopping around the lakeside.

Sarangkot: It is a place from where mind blowing view of sunrise and sunset over the mountains can be seen. One of the famous Peace Pagoda is another attraction nearby Sarangkot, lies on the top of the opposite hill. Sarangkot is the viewpoint of Pokhara valley from where one can enjoy paragliding and zip flyer.

Bindabasini Temple: Bindabasini temple is situated on the hilltop and 3000m from sea level. This religious place of Hindus living in Pokhara region is devoted to goddess Durga. Goddess Durga which is also known as Kali Mata is the symbol as bloodthirsty goddess.  Many people come here to worship and sacrifice animals.

At. 08:00 AM: After breakfast at Pokhara, you will drive to Lumbini (Approx. 168 KM, 5-6 hours of drive).  After check in at the hotel in Lumbini, visit for the sightseeing of Lumbini cultural area.

At. 09:00 AM: After your breakfast, you will drive to Chitwan (Distance: 160 KM, Approx. 4-5 hours drive). Upon reaching, check in at the hotel. Later visit for a Sunset view from the river beach. In the evening a group of Tharu people will perform Tharu cultural program at you hotel. Your lunch and dinner is included at Chitwan.

At. 08:00 AM: A full day Jungle activities like Elephant Back Safari, Canoe ride, Elephant breeding center visit and Nature walk included in your day program. During the day break you will return back to the hotel for your lunch.

Chitwan National Park: Chitwan National Park, located in the western part from Kathmandu is 200 km away from the hustling and busy capital city. It has been serving the world famous jungle safari in Nepal among the visitors. It is also listed in the UNESCO as one of the amazing national parks of the world. One Horned Rhino, Royal Bengal Tiger, Gharial Crocodile, Elephant Ride and Bird Watching are the popular activities done here.

At. 09:00 AM: After your breakfast at Chitwan, you will drive back to Kathmandu. In Kathmandu you will get some free time for shopping and to explore walkable area by yourself. In the evening around 5:00 PM you will visit to Pashupatinath temple to experience the evening Aarti. After the Aarati we will drop you back to the hotel

You will be free till your flight time. We will transfer you to the Kathmandu Airport 3 hour before in time to board your outbound flight (30 mins drive). 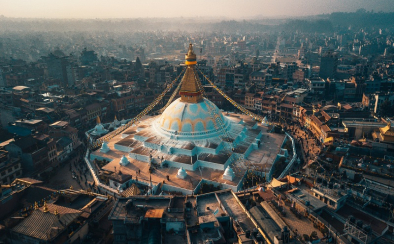 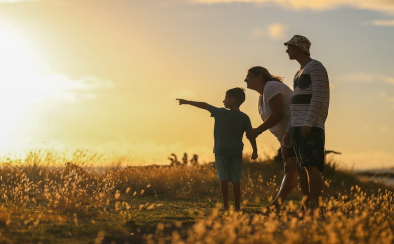