Rajasthan is a state of vibrant folk dance and music, gigantic forts and palaces, spicy food, colourful and large turbans, extensive golden sand desert, camels and rich handicraft. It is therefore, an incredible place to visit in India for enjoying unforgettable holidays. Sprawling in an area of read more

Jaipur is also called the Pink City; Jaipur is the capital of the royal state of Rajasthan. Along with Delhi and Agra, Jaipur forms the Golden Triangle and hails as one of the most famous tourist circuits in the country. Rajputs ruled Jaipur for many centuries and developed it as a planned city in the 17th century AD. With the old city surrounded by walls and gates decorated with drawings on the backdrop of a beautiful pink hue, Jaipur, the pink city, successfully retains its old-world charm. Home to a few UNESCO World Heritage sites, including Amer Fort and Jantar Mantar, Jaipur holds many magnificent forts, palaces, temples and museums and brims with bustling local bazaars where you can shop to your heart's content. The city is also very well known for its local food, and the most famous dishes include the Ghewar, Pyaaz Kachori and Dal Baati Churma. The city also hosts the Jaipur Literary Festival, which is Asia's biggest festival of its kind.

Note: Any monument fee & adventure activities cost will be charged on the spot by own.

After breakfast, at 10:00 am have Full Day Jaipur City Tour: City Palace Complex: The entire royal family of Jaipur resides in the resplendent Jaipur City Palace, better known as the Maharaja Sawai Man Singh II Museum, part of which is also open to the public, Jantar Mantar (Stone Observatory), Hawa Mahal: Hawa Mahal is famous because of its amazing and unique architecture. 953 windows or jharokhas are beautifully incorporated in the honeycomb design of this palace. In addition to providing a window to the outside world for the royal women, these windows helped in keeping the palace airy and cool, Jal Mahal & Amber Fort: Amber Fort is known for its artistic style elements. With its large ramparts and series of gates and cobbled paths, the fort overlooks Maota Lake, which is the main source of water for the Amber Palace. Mughal architecture greatly influenced the architectural style of several buildings of the fort. Till 6 Pm return to the Hotel.  Overnight stay at Hotel.

After breakfast, start a full day excursion to Ajmer & Pushkar. Arrive & Visit Ajmer-e-Sharif Dargah, Adhai-Din-Ka Jhonpra, Ana Sagar Lake & drive to Pushkar, visit various Temples and Ghats and holy Pushkar Lake. There are more than 400 hundred temples in Pushkar but the main attraction being the temple of Lord Brahma, the only temple in India dedicated to Brahma. Pushkar is also famous for its annual fair (Pushkar Camel Fair) featuring a trading fete of cattle, horses and camels. It is held over seven days in autumn marking Kartika Purnima according to the Hindu calendar (Kartik (month), October or November). It attracts nearly 200,000 people. Later back to Jaipur. Overnight stay at Jaipur.

After breakfast check out from the hotel and transfer to Jaipur Railway Station / Airport for your onward journey.

Rates May Change During Festivals Or Peak Season

Christmas & New Year Gala Dinner Charges Will Be According To Hotel Policies.

Similar Hotels Will Be Given In Case Selected Hotel Are Sold Out/ Under Maintenance/ Have Service Issues.

Free Stay Facilities For Children Below 5 Years In Parent’s Room Without Extra Bed And Meals.

Milk/Meal Charges For Infant Or Children Below 5 Years Is Directly Payable At Hotel.

Children Between 5-12 Years & Adults (Above 12 Yrs.) Will Cost Extra According To Company’s Policies.

Adventure Activities Will Be On Your Own Expenses And Subject To Weather Conditions As Per Govt Policies.

Freebies And Discounts Offered By Bharat Booking Holidays Are For Limited Time Only. After That Regular Rates / Inclusions Will Be Applicable. Thus, Guests Are Advised To Book Their Package Before The Cut Off Dates.

"As Per The Current Situation Of Covid19, Kindly Follow Proper Protocols Regarding Your Safety And The Safety Of Others While Holidaying With Us. Your Cooperation Is Highly Appreciated."

Here is a must take list that you should carry while traveling:

1. Booking is non-refundable if the travel is within 21 Days
2. 5000 INR processing fees in case of cancellation before 21 Days
3. Credit note will be issued in case the state announced the lockdown 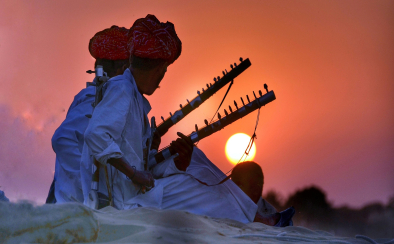 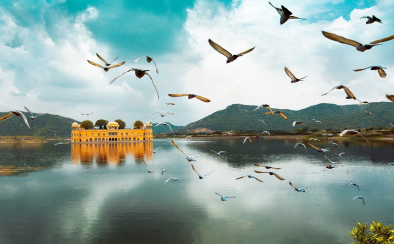 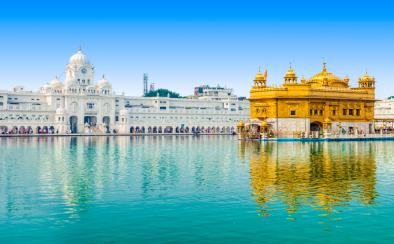 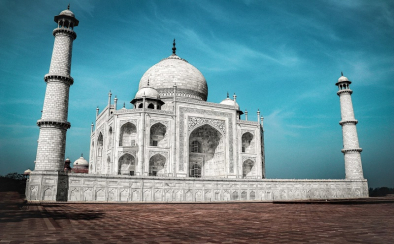